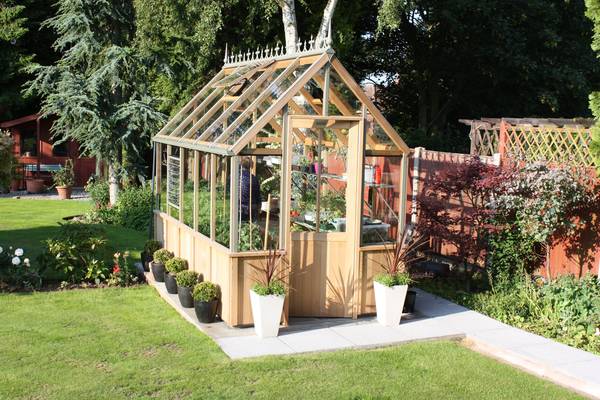 Why Choose a Cedar Greenhouse

Scientific tests carried out at the famous Clack's farm in Worcestershire (location of BBC Gardener's World in the 1970s), compared the performance of an aluminium greenhouse with an Alton cedar greenhouse.

On frost sensitive plants (french beans, tomatoes etc) over a three month period in which both remained unheated throughout. Both greenhouses were heated to a constant 65 Degrees Fahrenheit using thermostat controlled blower heaters with electric meters across the power source to measure consumption. A series of plants were raised and grown and at the end of the experiment a detailed analysis was available for both greenhouse types, together with electricity consumption for both buildings.

Crops were grown in each greenhouse to discover whether cedar is less prone to disease and pests than aluminium. Detailed records were kept of all plants in the greenhouses, which are treated identically in terms of heating, water, ventilation etc.

Although some aluminium greenhouses are cheaper, an Alton cedar greenhouse will not only produce healthier and larger amounts of crop, it will also use less electricity and water, saving you money in the long term.